Programmers waste enormous amounts of time thinking about, or worrying about, the speed of noncritical parts of their programs, and these attempts at efficiency actually have a strong negative impact when debugging and maintenance are considered.

Before you can make your code faster, you first need to figure out what’s making it slow. This sounds easy, but it’s not. Even experienced programmers have a hard time identifying bottlenecks in their code. So instead of relying on your intuition, you should profile your code: measure the run-time of each line of code using realistic inputs.

Once you’ve identified bottlenecks you’ll need to carefully experiment with alternatives to find faster code that is still equivalent. In Chapter 24 you’ll learn a bunch of ways to speed up code, but first you need to learn how to microbenchmark so that you can precisely measure the difference in performance.

We’ll use profvis for profiling, and bench for microbenchmarking.

Across programming languages, the primary tool used to understand code performance is the profiler. There are a number of different types of profilers, but R uses a fairly simple type called a sampling or statistical profiler. A sampling profiler stops the execution of code every few milliseconds and records the call stack (i.e. which function is currently executing, and the function that called the function, and so on). For example, consider f(), below:

(I use profvis::pause() instead of Sys.sleep() because Sys.sleep() does not appear in profiling outputs because as far as R can tell, it doesn’t use up any computing time.)

If we actually profile f(), using utils::Rprof() as in the code below, we’re unlikely to get such a clear result.

That’s because all profilers must make a fundamental trade-off between accuracy and performance. The compromise that makes, using a sampling profiler, only has minimal impact on performance, but is fundamentally stochastic because there’s some variability in both the accuracy of the timer and in the time taken by each operation. That means each time that you profile you’ll get a slightly different answer. Fortunately, the variability most affects functions that take very little time to run, which are also the functions of least interest.

The default profiling resolution is quite small, so if your function takes even a few seconds it will generate hundreds of samples. That quickly grows beyond our ability to look at directly, so instead of using utils::Rprof() we’ll use the profvis package to visualise aggregates. profvis also connects profiling data back to the underlying source code, making it easier to build up a mental model of what you need to change. If you find profvis doesn’t help for your code, you might try one of the other options like utils::summaryRprof() or the proftools package.109

There are two ways to use profvis:

After profiling is complete, profvis will open an interactive HTML document that allows you to explore the results. There are two panes, as shown in Figure 23.1. 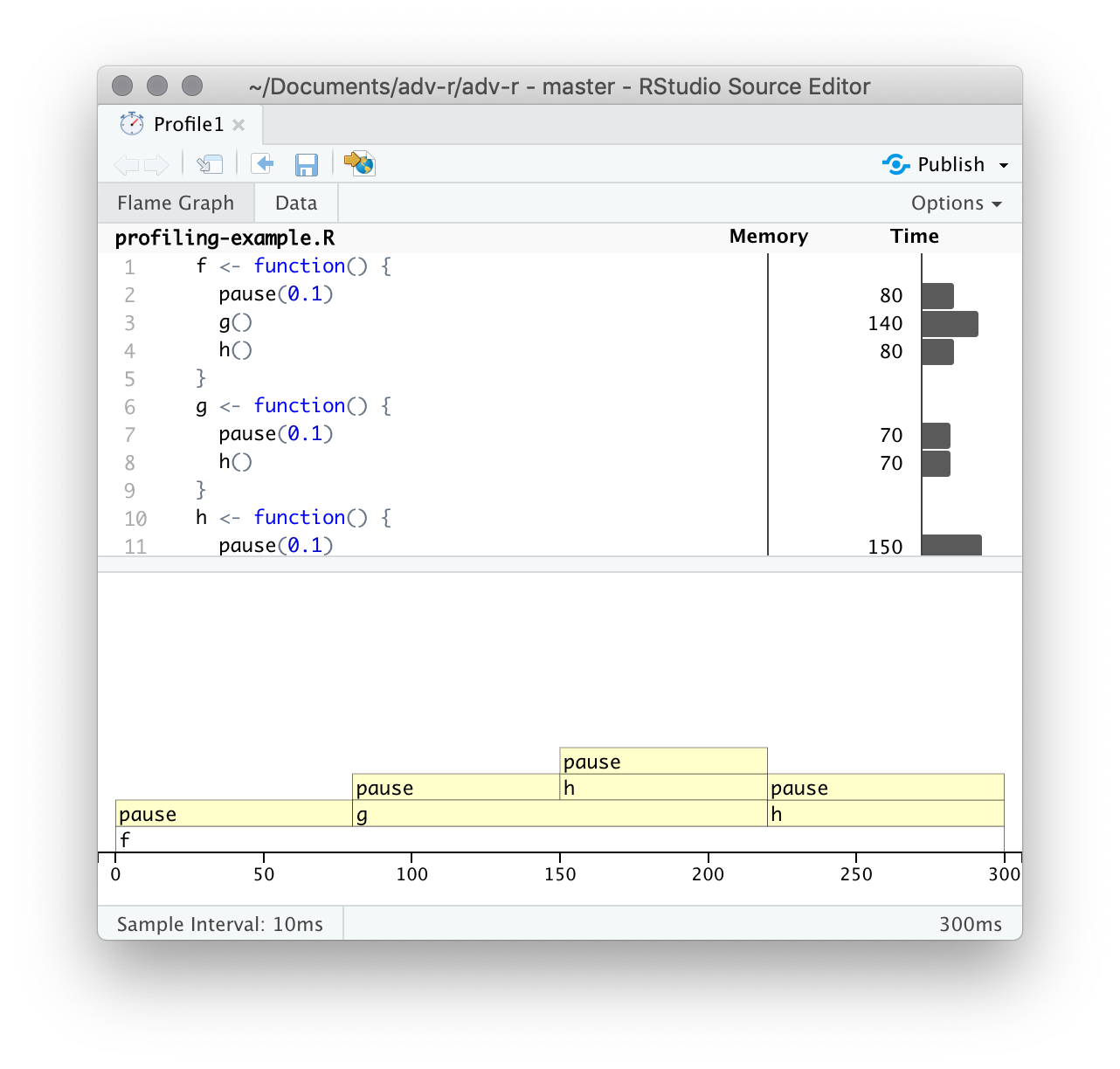 The top pane shows the source code, overlaid with bar graphs for memory and execution time for each line of code. Here I’ll focus on time, and we’ll come back to memory shortly. This display gives you a good overall feel for the bottlenecks but doesn’t always help you precisely identify the cause. Here, for example, you can see that h() takes 150 ms, twice as long as g(); that’s not because the function is slower, but because it’s called twice as often.

The bottom pane displays a flame graph showing the full call stack. This allows you to see the full sequence of calls leading to each function, allowing you to see that h() is called from two different places. In this display you can mouse over individual calls to get more information, and see the corresponding line of source code, as in Figure 23.2. 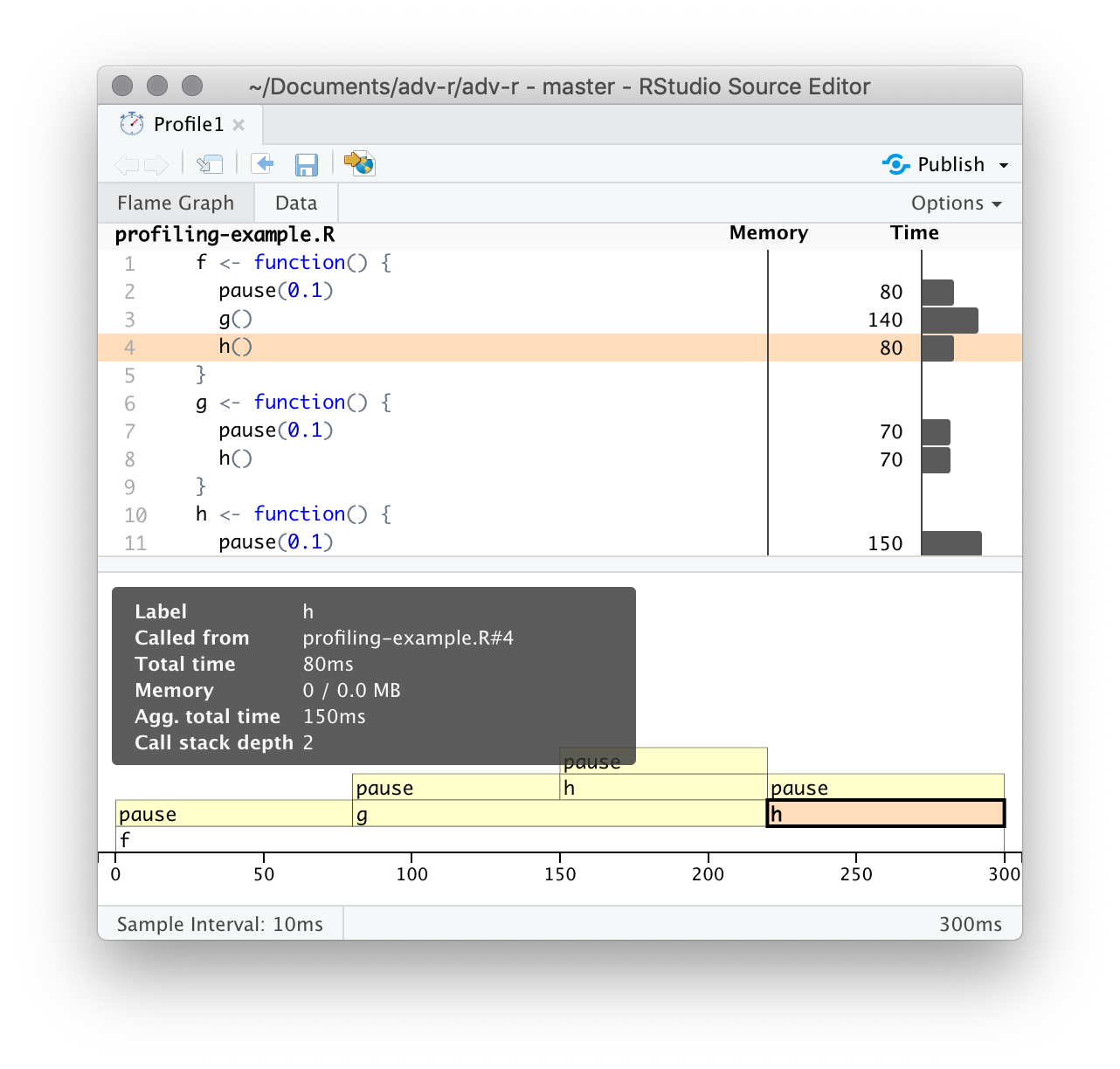 Figure 23.2: Hovering over a call in the flamegraph highlights the corresponding line of code, and displays additional information about performance.

Alternatively, you can use the data tab, Figure 23.3 lets you interactively dive into the tree of performance data. This is basically the same display as the flame graph (rotated 90 degrees), but it’s more useful when you have very large or deeply nested call stacks because you can choose to interactively zoom into only selected components. 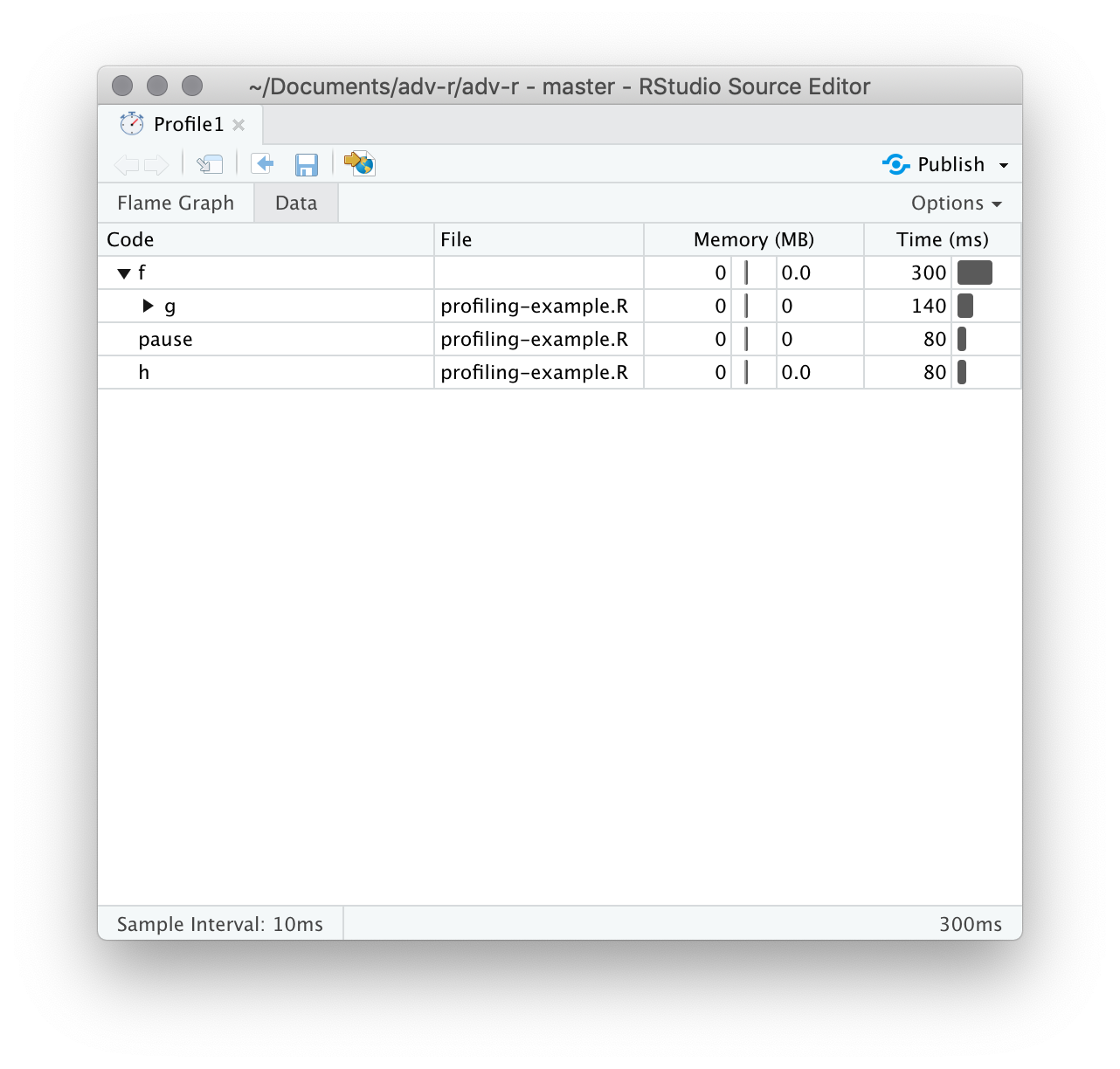 Figure 23.3: The data gives an interactive tree that allows you to selectively zoom into key components

There is a special entry in the flame graph that doesn’t correspond to your code: <GC>, which indicates that the garbage collector is running. If <GC> is taking a lot of time, it’s usually an indication that you’re creating many short-lived objects. For example, take this small snippet of code:

If you profile it, you’ll see that most of the time is spent in the garbage collector, Figure 23.4. 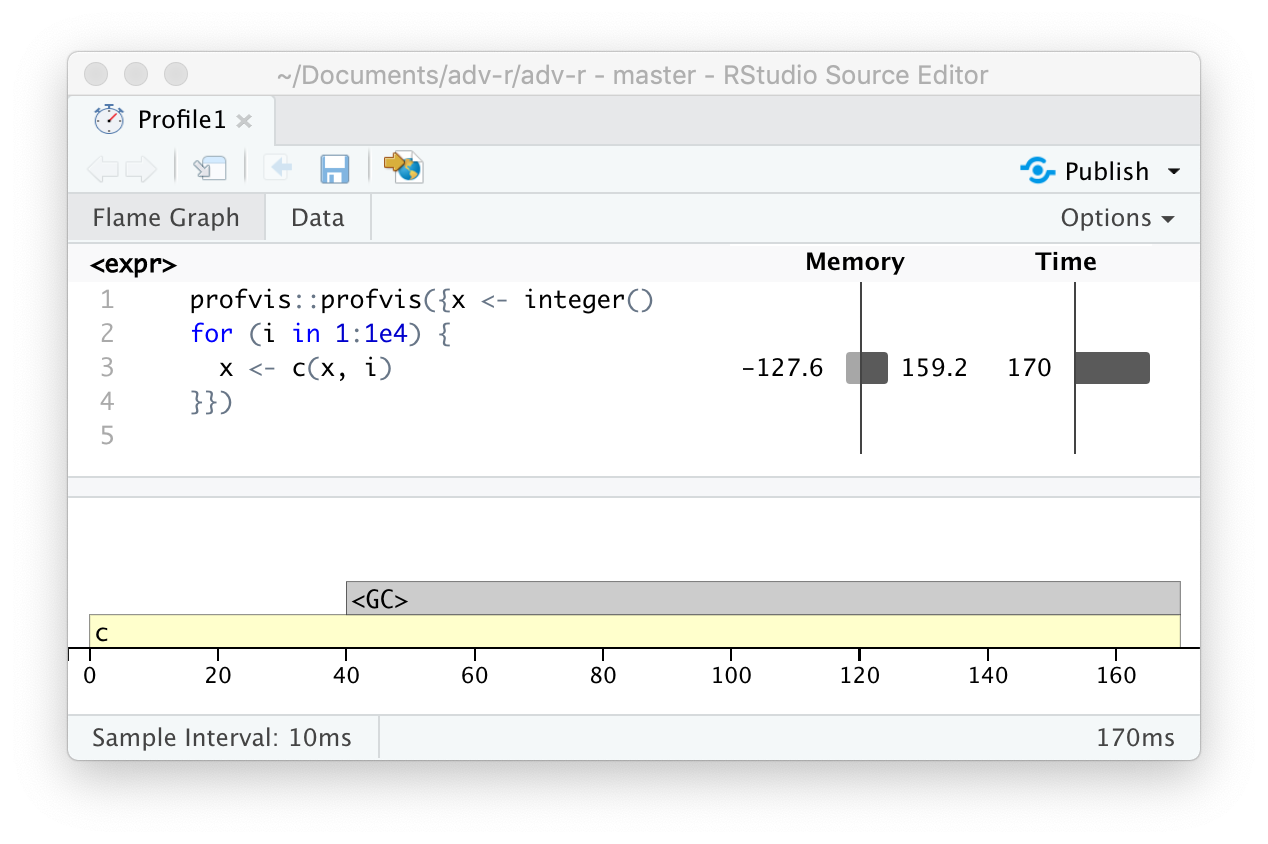 Figure 23.4: Profiling a loop that modifies an existing variable reveals that most time is spent in the garbage collector (

When you see the garbage collector taking up a lot of time in your own code, you can often figure out the source of the problem by looking at the memory column: you’ll see a line where large amounts of memory are being allocated (the bar on the right) and freed (the bar on the left). Here the problem arises because of copy-on-modify (Section 2.3): each iteration of the loop creates another copy of x. You’ll learn strategies to resolve this type of problem in Section 24.6.

There are some other limitations to profiling:

A microbenchmark is a measurement of the performance of a very small piece of code, something that might take milliseconds (ms), microseconds (µs), or nanoseconds (ns) to run. Microbenchmarks are useful for comparing small snippets of code for specific tasks. Be very wary of generalising the results of microbenchmarks to real code: the observed differences in microbenchmarks will typically be dominated by higher-order effects in real code; a deep understanding of subatomic physics is not very helpful when baking.

A great tool for microbenchmarking in R is the bench package.110 The bench package uses a high precision timer, making it possible to compare operations that only take a tiny amount of time. For example, the following code compares the speed of two approaches to computing a square root.

By default, bench::mark() runs each expression at least once (min_iterations = 1), and at most enough times to take 0.5 s (min_time = 0.5). It checks that each run returns the same value which is typically what you want microbenchmarking; if you want to compare the speed of expressions that return different values, set check = FALSE.

bench::mark() returns the results as a tibble, with one row for each input expression, and the following columns:

Because the result is a special type of tibble, you can use [ to select just the most important columns. I’ll do that frequently in the next chapter.

As with all microbenchmarks, pay careful attention to the units: here, each computation takes about 870 ns, 870 billionths of a second. To help calibrate the impact of a microbenchmark on run time, it’s useful to think about how many times a function needs to run before it takes a second. If a microbenchmark takes:

The sqrt() function takes about 870 ns, or 0.87 µs, to compute the square roots of 100 numbers. That means if you repeated the operation a million times, it would take 0.87 s, and hence changing the way you compute the square root is unlikely to significantly affect real code. This is the reason you need to exercise care when generalising microbenchmarking results.